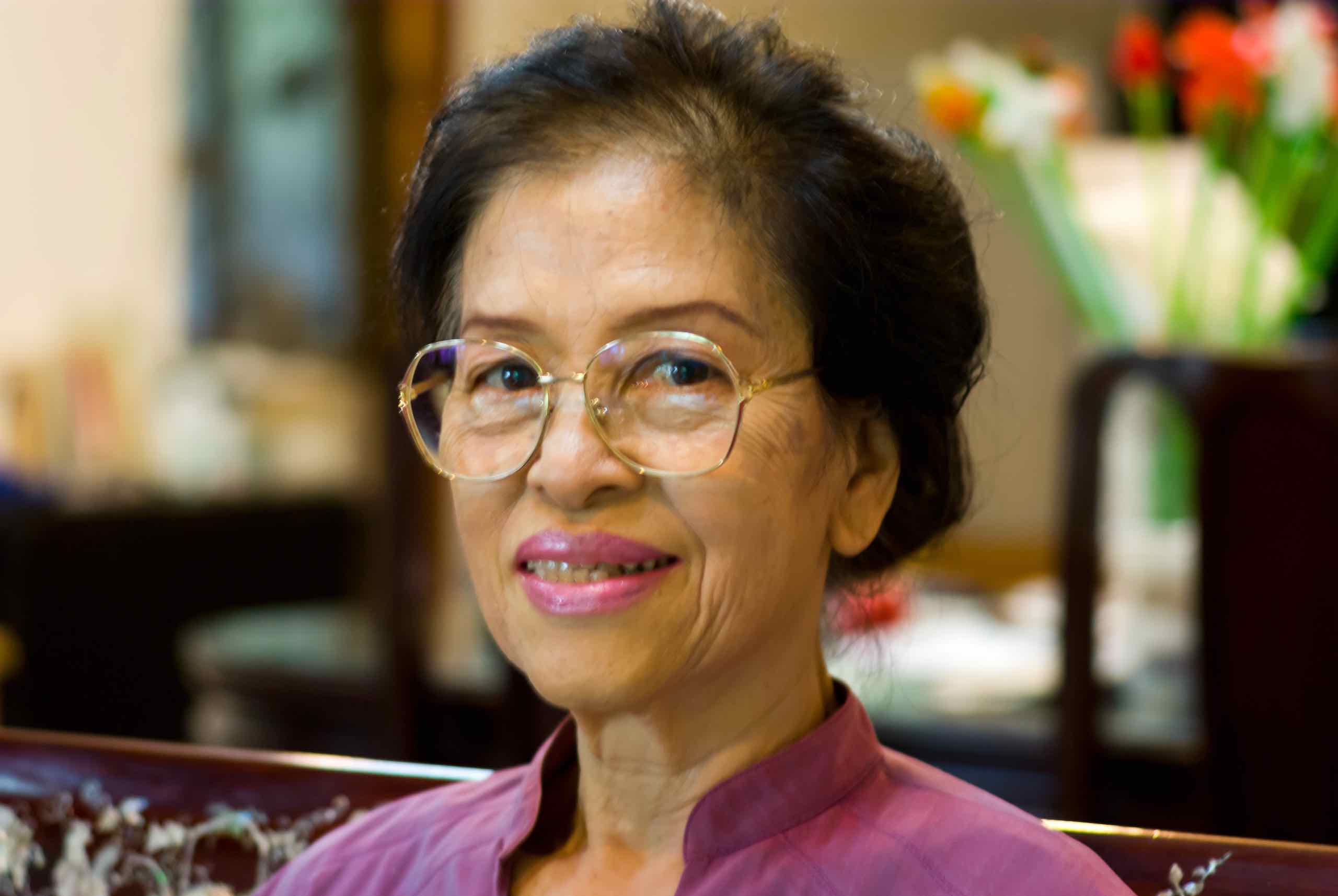 She is the most beautiful woman I have ever known.

The 3rd daughter of a family of eight siblings, she has a bubbly, vivacious personality as well as strikingly beautiful looks, so she was guaranteed to be the centre of attention in any gathering. My cousin tells me she was famous for her “cat eyes” makeup long before Ariana Grande. As a child, I loved trying on her clothes and makeup, but I quickly outgrew them as I was taller than her (same height as my Dad, but shorter than my brother).

She grew up living above a provision shop (convenience store) in the tiny village of Mambau just south of Seremban. Although not rich, she had a comfortable and happy childhood. During World War II, her family had a secret farm up in the hills so she was relatively well fed compared to my father who suffered terribly from malnourishment. The Japanese soldiers liked my mum and used to give her sweets. Despite that, she was glad when the war was over and she celebrated on the streets when British soldiers marched through and reclaimed the town.

She was well educated and was a Chinese language teacher before she married and continued until we kids were born and she became a full time housewife. She was extremely well versed in Chinese literature and was a voracious reader throughout her whole life. She was always up to date on world affairs, and taught me to look at the world from a wide perspective, which became useful in my career and life. She really taught me to see things as they are, and not as they are often hyped or perceived.

Unfortunately neither me nor my brother were able to learn Chinese from her. She tried teaching us, but we weren’t interested as we spoke English to my Dad and Malay to our friends (we were living in a tiny Malay village during my early years). My mum says I speak broken Cantonese like a three year old (when I stopped speaking the language and switched to English which I learnt from my neighbour).

My mum definitely had the “kavorka” and charmed everyone she met. As a kid, I was amazed as shopkeeper after shopkeeper literally fawned over her. Every time she bought something, she would always get “extra” - a larger serving, an extra prawn or piece of meat, a slightly longer piece of cloth, etc. My mum taught me to be gracious and nice to everyone I meet no matter what their position in life might be.

My mum also had a sharp wit and a great sense of humour, which she retained until the end of her life. Nothing escapes her attention, and she always saw the funny and positive side of things. She was also an extremely good judge of character, and saw through people. She always understood that everyone had both positive and negative aspects, and embraced the holistic.

Of course she was a great cook, her dishes would always be the best food in the world for me. She does not cook complex dishes (my father was the showman chef), but her food was always tasty and perfectly balanced. My love of tofu comes from her (as it was her favourite). She did the world’s best spam fritters fried with egg batter. My cousin said she did the best french toast ever. I also remember her lou shi fan, and steamed eggs with pork mince.

When I was in school, she used to get up at 6am in the morning, and cooked a full breakfast for me and my brother before waking us up, so we were extremely well fed (no wonder I was plump all throughout high school). It wasn’t until I was living away from home at uni that I really missed her cooking and started to find ways to replicate the taste (I never really succeeded despite my best efforts).

I love my mum’s stories of me as a child. She had a difficult childbirth with me, after a series of miscarriages. Apparently during birth I decided to go to sleep after crawling halfway down the birth canal, so she was in immense pain. Just as the doctors were deciding what to do (a caesarian would have been extremely risky) I woke up and came out as a strapping 8 pounder. As a toddler, I would often wander on my own and get lost all the time and once I was nearly run over by a truck crossing the road. I must have given her so much concern and worry.

She went on a European trip with my father in the 1980s, and her favourite city is Florence, but she also loved Austria and Switzerland. She says my Cantonese pronunciation is so bad I often mispronounce “Australia” as “Austria”. Her favourite fruit is strawberries.

She nearly died 5 years ago from a perforated stomach ulcer, and the doctors did not think she would live but she pulled through even though she was so thin she was only 37 kg in weight. After my father died in September, I think she lost the will to live and her health deteriorated, although she had good and bad days. Often she would seem to stare away into the distance, or just close her eyes. She complained of a chill and searing pain on her left leg, and was admitted to hospital a few days ago, and died peacefully late last night/early this morning.

She was cremated and her ashes was be scattered at Port Dickson where she joined my father and I hope their souls have been reunited in some way.

I had realised for some time now that the time we have to spend together as a family were numbered and increasingly more precious, so I am glad we have managed to visit my parents and my brother and his partner twice a year for the last few years, so we have all those memories to treasure. The last time I saw my parents alive were in February 2020 just before Covid so I am glad we were able to make that trip.

Prev
← My grandmother
Next
Photos of my parents →