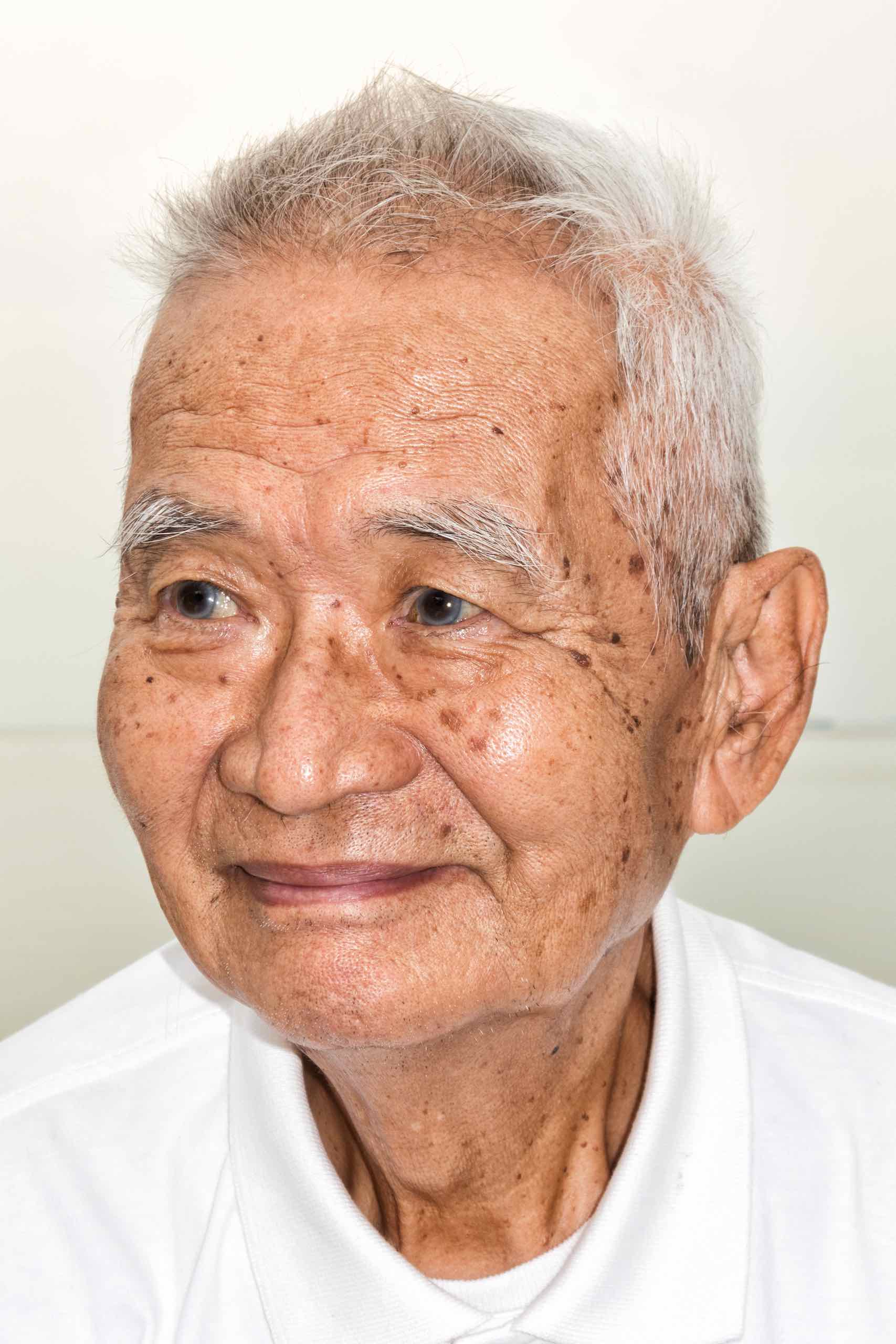 My father was born on 17 June 1931, in Malaya under British rule. He was the grandson of Kapitan Tam Yeong, a successful tin miner who founded Seremban (now the capital of Negeri Sembilan) and was appointed the Chinese Captain by the British (leader of the Chinese community).

His early childhood was a life of privilege, living in a grand mansion and estate on the outskirts of Seremban. His mother (my grandmother) was an imported bride from a high ranking family in China by arranged marriage.

Unfortunately, his father (my grandfather) was mentally disabled, and therefore unable to manage the family business. When my father was born, my grandfather was not able to name him, so the birth registrar remarked “Well, he’s the son of a Baba [a generic name used to refer to Peranakan males] so let’s just call him Baba.” So he became Tham Baba on his birth certificate, a name he is proud of and used all his life.

The Japanese invaded Malaya in World War II, and used the family home as their local military headquarters. My father overnight was kicked out of his home and became a starving child on the streets.

After the war, my father studied at King George V school (where I also studied). In those days, all the teachers were British and educated in Eton and Cambridge. His teachers were sufficiently impressed with him, and the headmaster offered him a scholarship to study in the UK. He declined, as he felt he had to be the breadwinner in his family to support his mother and his sister.

He became an English teacher, and met my mother who was a Chinese language teacher. Despite not knowing much Chinese, he studied Mandarin in order to woo my mother.

Against his family’s wishes, he eloped to marry my mother, who came from a relatively poor family who ran a provision shop in the tiny village of Mambau, south of Seremban. He gave up on his stake of the family inheritance (which wasn’t a lot anyway because most of it disappeared during the war and the rest was lost gambling by various relatives).

Despite him being somewhat estranged from his mother, he continued to support his mother and his sister for most of his working life.

He moved with my mother to Malacca (where his grandfather originated from) and for a few years they were a happy, young and carefree couple, eating out and dancing at night.

He studied via correspondence and graduated from RMIT in Victoria as a land surveyor. He joined the civil service in the Survey Department. For many years, he traveled all over the country with my mother as a surveyor. I was born in Port Klang and my brother was born in Penang.

He gradually rose within the ranks of the civil service and eventually became Head of the Survey Department in Johor. One of the proudest moments in his career was hosting a visit from the Malaysian Prime Minister Dr Mahathir Mohammed who he admired.

He retired early when he turned 50. In those days, many civil servants were British expats, and it was common that they receive a first class ticket “back to the old country” when they retired. Although my father was not British, he was given the same benefit. He traded the ticket for a vacation with my mother. They spent a month touring Europe.

He established a moderately successful private surveying practice for a few years. But he gave it all up to study various aspects of spirituality. Although he was an atheist in his early life, I picked up a book on the Buddha in my early teens and became a Buddhist, and I successfully converted him to Buddhism. He became an intensely spiritual man, and studied many spiritual and religious texts.

He has always had the gift of foresight, and he has been aware of his mortality. Even when I was a child, he would tell me “Someday I will die of a heart attack, but don’t worry because you will be an independent adult long before then.”

The last time we saw him was in February 2020, just before the COVID-19 pandemic. He insisted that we say formal farewells and goodbyes to each other because he said “this may well be the last time we will meet as a family.” (which became true in hindsight).

He asked me to buy a Garmin smartwatch for him, which I gladfully did. He later confided to me he didn’t really need the watch, but he wanted me to feel I had gifted him something significant before he died. How wise of him, as always.

My mother says in the last 6 months, he had been unusually loving, caring and considerate. Almost as if he wanted the cherish the last few months of their long lives together.

He walked a lot before the COVID lockdown. At one stage we both owned Fitbits, and I was his Fitbit buddy, so I knew he was doing easily 10,000 steps a day. During the lockdown, my mum said he would sometimes go on a drive in his WRX (he always had a love for sports cars).

He died after suffering a series of strokes. Last Wed, my mum noticed he was disoriented and had trouble keeping balance. On Thu, he had two big falls in front of the house near the front gate and hit his head. After that, he was unable to get up. My mum could not lift him. The neighbours rushed in to help, and offered to take him to the hospital. He declined. He fell again later in the evening and became half paralysed and his speech started slurring.

He realised he was going to die. On Friday, he consented to being admitted to hospital. Despite his paralysis and weakened condition, he shaved himself, put on his best clothes, and sat down outside to wait for the ambulance.

His doctor said his situation was critical, and offered a number of options, including invasive surgery. He refused, and said he only wished to live his remaining days as painlessly as possible.

He died several hours later on Saturday, but he was lucid and did not appear to be under much pain.

Thankfully, the COVID lockdown roadblocks has just been lifted in Malaysia, and my brother was able to drive and pick up his body and take care of mum.

My brother said his last journey to the crematorium was very serendipitous and symbolic, as the route took him past all the significant places in his life. It went past his school, our former house in Bukit Rasah, his old family mansion (which has been demolished to make way for a highway exit), and my mother’s family provision shop and home in Mambau (now a hairdressing shop).

His ashes has been spread in the Straits of Malacca at the beaches of Port Dickson, where our family has spent many happy days together.

Prev
← My Great Grandfather
Next
My grandmother →